Canadian comedy has truly developed itself over time. From live stand-up comedy shows to televised comedy acts, it has simply become funnier and more relevant to the time. Comedy movies and TV shows have sprouted with the evolution of mass media. It doesn’t matter if you watch them in your home or in the garden. Internet was even the blast of the comedy industry. It has allowed many funny golfers to become superstars of the industry. Everyone just started to upload comic videos on Youtube, Vimeo, and even on their Facebook feeds. All these come from a simple and humble beginning.

CANADIAN COMEDY BEFORE THE COLOURED TV

Stephen Leacock’s stories on campfire nights were a click as TV was a total luxury in the ’40s and ’50s, right after the First World War and before the Second World War. It was only when the Wayne & Shuster show aired out on the ’60s when TV comedy made their way to your parent’s satirical comments and you getting curious as to where they have got such jokes.

CANADIAN COMEDY IN THE UNITED STATES

Well, no one can deny that most comedy shows and acts in the US comedy industry are backed by Canadian comedians. It was the middle of the ’70s and ’80s when Second City Television featured a lot of hilarious but baby-faced entertainers like Rick Moranis, Harold Ramis, Catherine O’Hara, John Candy, and the absolutely mental Ed Grimley.

COMEDY AND THE INTERNET

Well, TV has been the primary media for immediate comedy shows, acts, and series. It was only when YouTube became a sensation when people start to make hilarious comedy acts and post them on social media. You may want to check on Tom Green’s The Bum Bum Song in 1999 and, eventually, Jon Lajoie’s “Everyday Normal Guy in 2007. 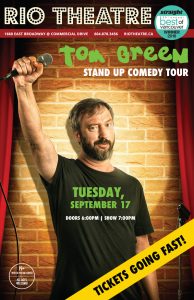